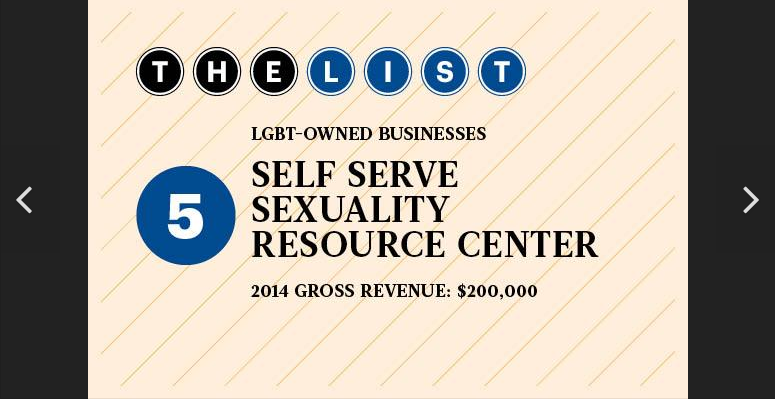 Self Serve was featured in Albuquerque Business First when we first opened, and now, almost 10 years later, we were named one of New Mexico’s top LGBT-owned businesses. Sometimes media outlets are hesitant to cover Self Serve because we sell sex toys, teach sex ed classes, and talk about sex openly, honestly and without shame. So whenever we get some press coverage, we want to share it here!

“[Matie Fricker and Molly Adler] didn’t expect to pluck themselves out of Boston and settle in Albuquerque, or to raise nearly $100,000 over the course of a year to start a business that no bank would fund. They hoped to find a community once they arrived in the Southwest, but they certainly didn’t expect to build one.”

And here we are on the list of top LGBT-owned businesses in New Mexico. We’re so proud to be included with other businesses like All in the Wrist Auto Repair, Morningside Antiques and The Range Cafe. Check out the rest of the list here. 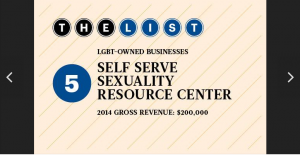 ← A Peek Into Self Serve Classes
Self Serve Featured in Curve Magazine! →