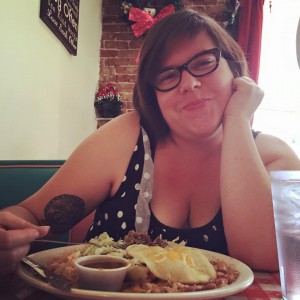 Meet Matie on the streets and you’re bound to learn a little something new about yourself. Matie is a long-time sexuality educator, in both the formal and guerilla senses. She has worked for almost a decade on both coasts as an educator and Jill-of-all-trades. One of her proudest accomplishments was causing Rush Limbaugh to say “female orgasm” on-air multiple times. She is a dog-lover, a future red hat lady, an apple picker and a creator of snappy mix CDs. She sports a mean scar from a daring snow sled maneuver.

Hunter started volunteering at Self Serve in January of 2012 and has relished every moment in the store talking with customers and learning about the incredible diversity that is human sexuality. Hunter is a native New Mexican and a graduate of UNM. She studied psychology, Spanish and journalism. She started a sex column in UNM’s student newspaper, the Daily Lobo and has written about sex for the Santa Fe Reporter, and ABQ Free Press. Through that she found she has a knack for talking to people about sex in a comfortable and honest way. She also maintains a sex education blog.
She spent time living abroad in Chile, speaks fluent Spanish and looks forward to teaching sex education in Spanish in New Mexico and elsewhere. Hunter habla español, pues si tienes preguntas mándele un email. 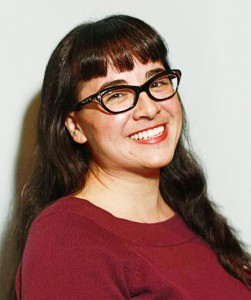 Molly is a Licensed Master Social Worker and Board Certified Sexologist with the American College of Sexologists. With Matie in 2007 Molly co-founded Self Serve, New Mexico’s first women-run, education-based, award-winning, sex-positive shop. She has presented at Harvard, Tufts, University of New Mexico, and the National Association of Social Work New Mexico Conference. Molly is a psychotherapist with experience working with individuals and couples on sexuality issues, LGBTQ issues, gender, relationships and life transitions. She currently offers therapy at Healthy Families of Albuquerque and helps out at Self Serve whenever she can. 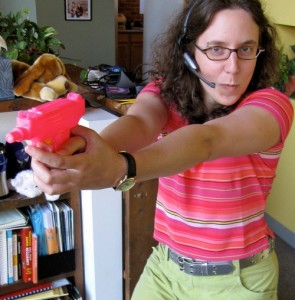 Kathryn hails from the Northeast, having spent her childhood in New Hampshire and moved to Albuquerque in February of 2011 from Vermont. In addition to being a fervent, life-long dancer and teaching classes with her partner in swing dancing, she has been involved in many groups and activities affirming sexual health, orientation and identity, including: leading workshops and classes on BDSM topics, speaking to the Manchester NH school board in favor of GSAs, serving on the board of directors and holding office for various sexual, relationship and gender orientation affirming groups (both for youth and adults), and maintaining social contacts in many similar groups.
She has a deep interest in holistic health care and has held many jobs in health care organizations. She believes that health has many facets, one of which is a positive “physical pleasure” life. (So said for those who identify as asexual.) She hopes to one day take her BA in Sociology from the University of Vermont to graduate school to earn a Masters in Public Health.

Despite growing up in the heart of Texas, Lacey is a New Mexican through and through. She’s spent the last 18 years in the Land of Enchantment with no plans to leave anytime soon. She is a New Mexico Tech alumna with a B.S. in physics and entered the world of therapy in 2013 with her Master’s in Mental Health Counseling. You can schedule sessions with her at Healthy Families (www.healthyfamiliesabq.com) where she works with teens, adults, individuals, couples, and non-traditional relationship structures. Lacey has years of customer service experience and a passion for guiding people on the journey to self-discovery. Whether it’s in the therapy room or in the store, Lacey strives to create a safe, inviting space that allows people to be themselves. She has had a long-time interest in human sexuality, feminism, history, and women’s issues. Her first introduction to the world of health and sexuality was at age 10 when her mother introduced her to “Our Bodies, Our Selves”. And with that, a passion was born.

Lacey shares her home with two canine companions and they all enjoy listening to podcasts, watching movies, and pondering the mysteries of the universe.

Although happily hidden away in the Land of Entrapment, Anastasia still works to forge 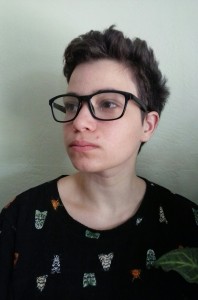 connection. Through community projects, online forums, performance, and tête-à-tête, she feels giving voice and volume to those who might feel tongue tied or ignored is a priority. As Self Serve’s Sponsorship Coordinator she has the opportunity to work directly with those who are shining light and warmth into the community, while maintaining the cozy hub of the shop itself.
Topics she feels equipped to discuss at length and advise on: puns, exhaustively self-conscious literature, and baked goods she doesn’t have to help make.  However, as the crux of so many conflicts, catharses, and communication styles, discussion about sexuality takes center stage in her repertoire. 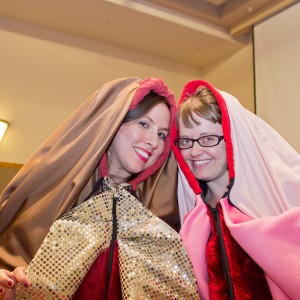 Tatiana is a boricua from the northwest coast of Puerto Rico who has been creating roots in ‘Burque for the past 5 years. She previously completed her M.A. at the Center for Women’s Studies and Gender Research at the University of Florida with a focus on diversity within feminist spaces. In 2014, she obtained her Masters of Public Health degree from the University of New Mexico where her research focused on violence among Latinos. She has long been interested in community organizing and social justice with a focus on reproductive rights and health equity. Tatiana strives to provide sexual education that “meets people where they’re at”, which recognizes an individuals’ agency over their body and the decisions they make regarding its care.

Tatiana is also an avid sci-fi nerd who is obsessed with all things Doctor Who. She loves spending time with her friends, her dog Mo, and her partner Brian.

And pigs, she really loves pigs.

Better Sex with A Cock Ring